We provide an excellent service in Basildon offering a wide range of installation options for transforming the front and back of our customers homes. Our skilled installers provide specialised and affordable services.

Make sure to visit our our block paving services for Basildon, tarmac or patio services to see the wide variety of options we provide customers throughout Basildon.

Basildon is the largest town in the borough of Basildon, within the county of Essex, England. It has a population of 107,123.

It lies 26 miles (42 km) east of Central London, 11 miles (18 km) south of the city of Chelmsford and 10 miles (16 km) west of Southend-on-Sea. Nearby smaller towns include Billericay to the north-west, Wickford to the north-east and South Benfleet to the south-east. It was created as a new town after World War II in 1948, to accommodate the London population overspill from the conglomeration of four small villages, namely Pitsea, Laindon, Basildon (the most central of the four) and Vange.

Sights to See In Basildon 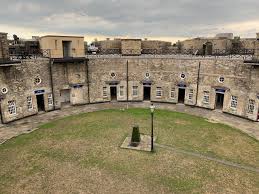